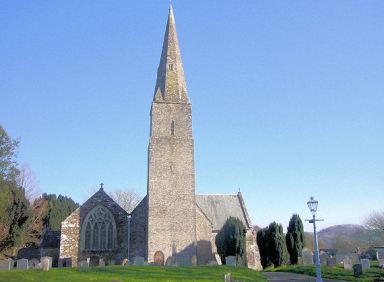 St Mary’s is part of a cluster of churches that serve the parishes of Torpoint, Antony and Sheviock.

Bishop Bronescombe of Exeter consecrated the building on Monday 13 October in the year 1259 during a tour of Cornwall in which he consecrated twenty churches. However, the parish is much older than the present building and was mentioned in the Doomsday Book and a previous building mentioned in a Papal Bull dated 1193.
The original building consisted of Tower with spire, the Nave and the Chancel. Between 1350 and 1370 the Lady Emmeline Dawney, with her husband Sir Edward Courtney did some building in the locality including the church where two transepts were added – turning the church into a cruciform shape. The effigies of Lady Emmeline and Sir Edward are to be found in the South transept known as the Dawney aisle.
About 1430 the North aisle was added and the church paved with slate and seats provided only for the infirm and elderly against the walls.
In 1851 the church was restored under the supervision of G E Street and the East Window was put in. The Pulpit and choir stalls were added in 1910

This site uses Akismet to reduce spam. Learn how your comment data is processed.